Recently moving to Australia, Sydney and landing up in my new role, I got introduced with yet another new technology spanning there base’s in the arena of BI tool world primarily specializing in the area of companies financial planning and similar…

And it gives me a great pleasure to introduce you to “Mr. JEDOX”… tadaaaa (global introduction music)

Jedox (About Us): “Business Intelligence and Performance Management (PM) thrive on speed and agility. Our principle of “self-service Bl” ensures both—and improves efficiency, while contributing to the users’ corporate bottom line. Jedox customers can quickly recognize and take advantage of any optimization potential. This lets them respond to changes in the market more quickly, giving them an edge over their competition. Kristian Raue, Jedox Founder and CEO”

This is what the company home page says in summary but to my technical head the above even don’t represent the “Interface level” of the product qualities… hence to add more to its product actual features I attempted to write this post:

The feature list of Jedox is best listed in the comparison page of Palo/Jedox:

Now to give a little history to my best understanding of the story, Palo was an open source community version which was introduced in the Pre 2002 era which was the core engine MOLAP, which is currently still (though with added features) is the base server of Jedox storing the data.

Jedox is feature rich BI platform which is built upon PALO, enriching and expanding its power via multiple mediums of data dissemination and manipulation. Jedox has some very interesting and handy features which in my couple of future post I will touch upon. 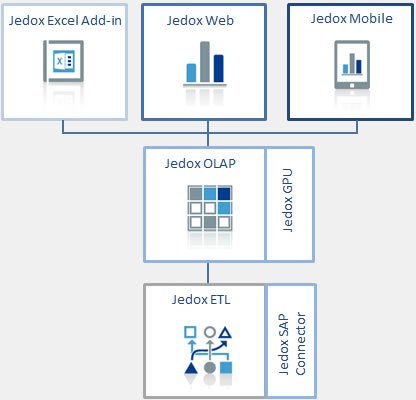 1. Jedox Web: This feature of the Jedox I feel is the very impressive part of the Jedox where they have provided a great platform in the form of an “Excel”, YES you heard me correct Excel. I myself was quite impressed to have something as excel on the web and the guys have really done a great work of replication excel closely as possible on the web via PHP (that’s the language Jedox Web is built upon) 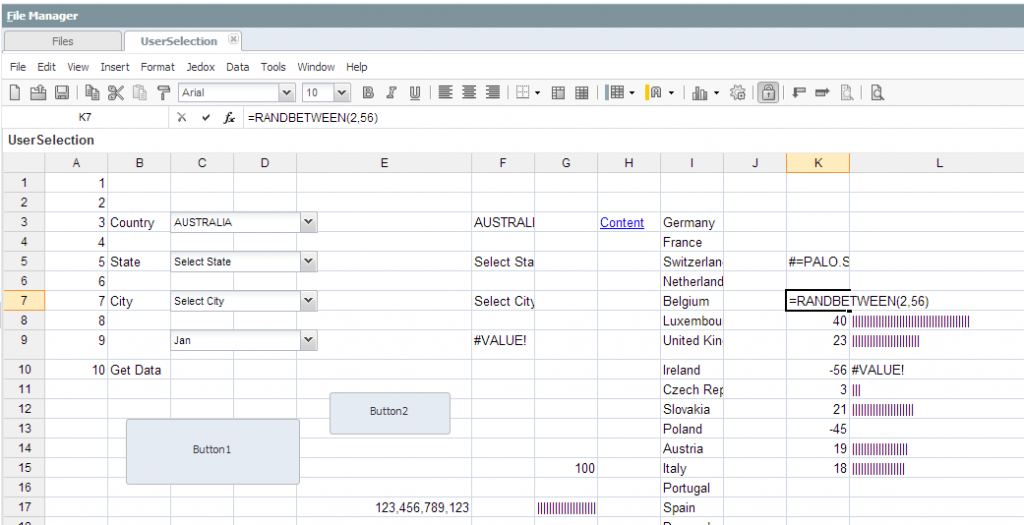 This portal based excel has features as formulas, custom macro, sheet controls and so much more. Stay tuned for my upcoming post on the same. There’s lot to illustrate…

And this portal is also composed of report manager, so in the file manager where all the excels workbook we create can be posted on to report manager which can be user area to play with the report (something similar to SSRS but with little more power of user entering data in the reports)

This portal is also composed of the user and system administration of the platform, along with cube browser, ETL job manager (termed as Task manager) and ETL portal.

2. Jedox Excel: This is another great way to interact with the cube data and I guess most of the user would use this tool more integrated with excel which is the most loved and the best friends of the data planners in any field of work.

Jedox is loaded up in excel as a COM based add in (I guess they should have used VSTO to make it so pretty, there goes my Sherlock home thoughts along the way of introduction). So to put words to picture here is quick snapshot of how excel add in shoes up when Jedox is installed for the client.

This add in again has many features which gives a user/developer of the cube a great level of flexibility to play and design cube to the requirements.

3. Jedox Mobile: Again this comes as a two part setup, where in first a server side has a specific setup as a mobile server (“Jedox Mobile Server 2.0”) and on the relevant applications like apple/android an application for the Jedox has to be downloaded and installed by the clients for usage of the application.

Some of its snapshots are as follows: 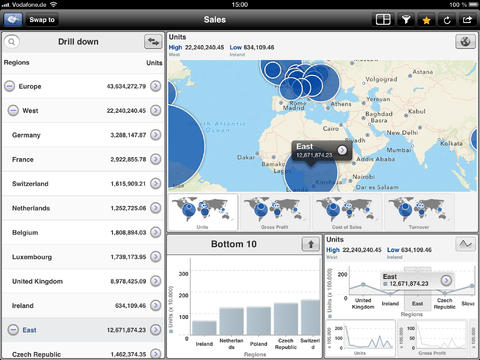 4. Jedox Cube and ETL: As by the name suggest I can’t catch any of its screen shots as if I can phrase it, they are like the souls of the Jedox (as of humans… which has no image except the window services in running state of the corresponding process. Now that was good philosophical analogy)

So yes, Cube and the ETL are also the core parts of the suite which allows to store and manage the data, user management, loading and transformation of data from multiple systems and more.

And not to mention Jedox operates on an in-memory data processing base, so as expected it should be lightning fast which I will verify and get back in some of my upcoming post, and it also features a GPU computation engine also in the newer versions.

So in summary from the above I am quite excited about this new shiny product in my hand and I aim to bring more and more as I catch upon the same for your interest and problems to be resolved at the glance of my post.