Recently in one of our systems, we started experiencing that the cube which were hosted out by the use of MSMDPUMP.DLL, on some occasions responded with failed request during the high load by multiple users.

And researching for the same, provided us with the following steps with which we were able to restore the service normal for the wide users of the system.

In the msmdpump web hosted folder locate the “msmdpump.ini” file and add the following entries to the same 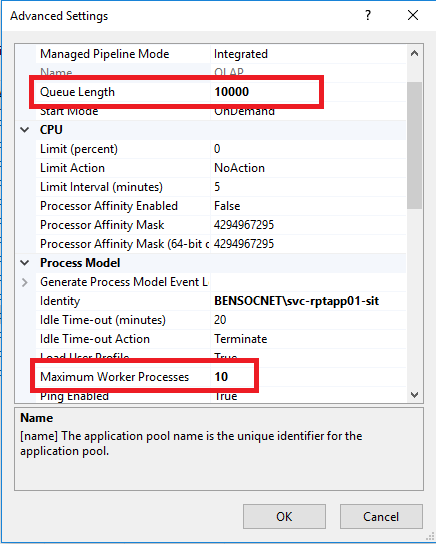 and eventually resetting the IIS, resolved the issue.