In this post, I would be discussing about the network configuration of the Ubuntu OS we have setup on VMware. This post tries to bring in all the relevant articles in one place to easily configure the Ubuntu 18.04.3 machine.

For the network configuration of Ubuntu 18.04.3 it uses a mechanism called as netplan.

Their website is quite good and informative on how it works and its configuration. But still in this post I would highlight few of its features in relation to the actual findings on the Ubuntu OS. 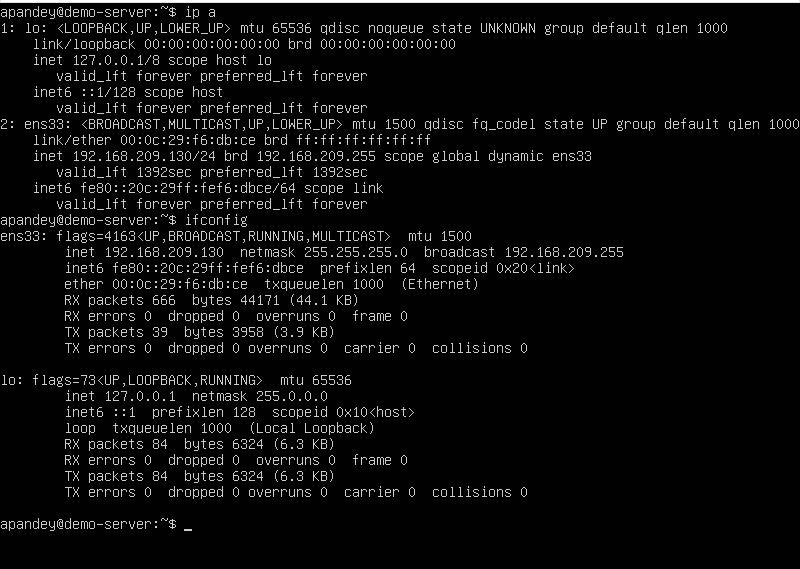 The above commands are used to find the network configuration of our Ubuntu server.

The netplan configuration is located as follows:

This config file can be backed up for reverting back to original in case of any issues , via the following command, but make sure the extension *.yaml is not left in the backup file.

Usually I create a copy of the file as follows:

Now we are good to edit the file as per the required config suggested at the following URL:

The above articles are well written and explained as per the scenario being faced by the user. 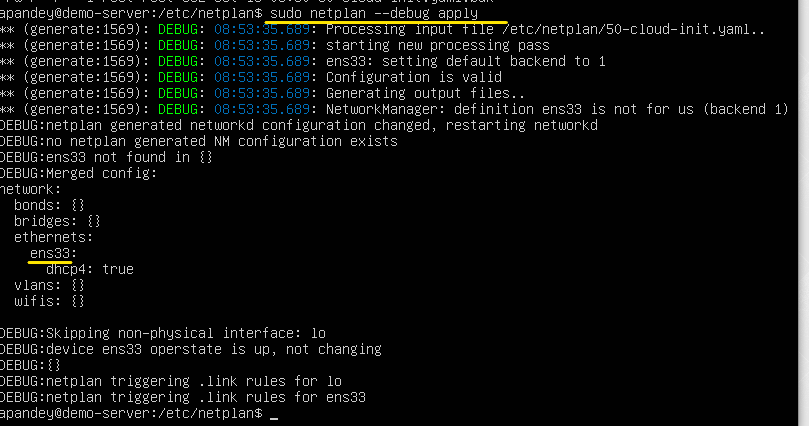 The above setting can be applied using the debug switch to get more information in case of an error.
but some of my findings for the above configuration were:

– Do not use tabs in the YAML file, the apply command doesn’t like it. Just use plain spaces to move text around
– Use the nano editor than vi, its more user friendly

Additionally to test the server connectivity settings post configuration via netplan use ping to test to host or any other PC on the network.

Hope the above helps.